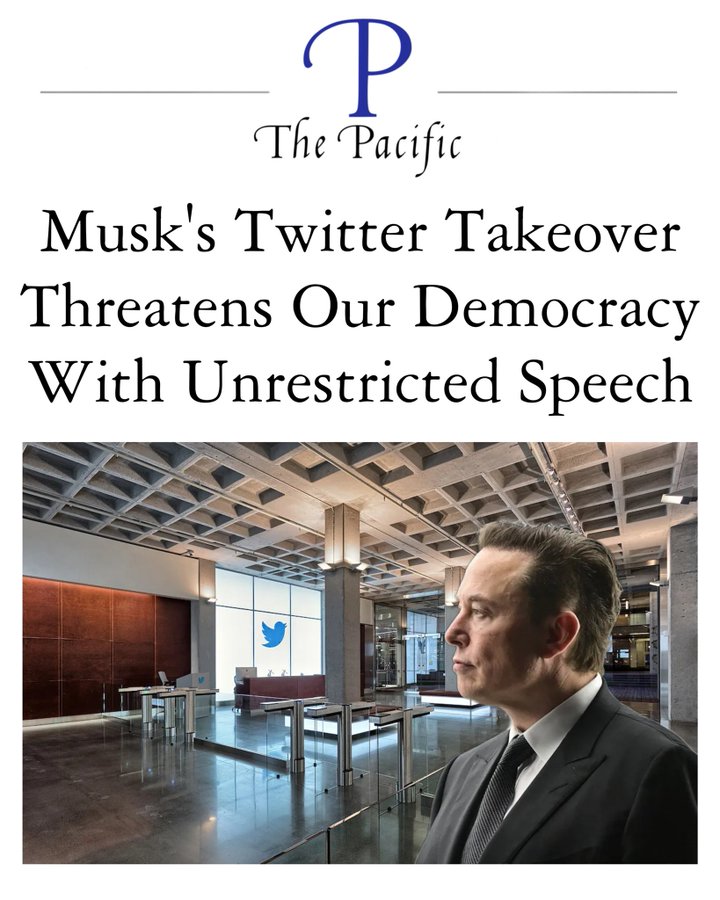 Michael Beschloss thinks your kids are going to be arrested and killed if people vote for Republicans.

Is it a requirement to be this delusional to get booked on @MSNBC? pic.twitter.com/61hXqZ2uhF

Antidote to politics… Bach in the forest.pic.twitter.com/XVesawlBxw

There Can Be No ‘Amnesty’ On Lockdowns Without A Reckoning

“…Oster has built a personal brand on “data-based parenting.” She describes herself in her Twitter profile as “unapologetically data-driven.” But Oster is over her skis, both professionally and as a citizen, to make such a poor argument masquerading as a moderate position in The Atlantic. Especially since her essay is likely the beginning of a pivot among the ruling class to avoid accountability for using Covid to destroy our peace, prosperity, and ancient rights, it deserves the public beating it has received.

We the people were never told by the Covid totalitarians that their predictions were “uncertain” and “complicated.” They were so certain of their false claims that they sent police to record the license plates of people who attended church on Easter, a constitutional and human right. They shut down schools while keeping abortion facilities and marijuana dispensaries open. They were so sure of their moral righteousness that they seemingly gleefully threatened people’s ability to feed their kids if they didn’t take experimental injections for a disease that may have posed little risk to them. The vaccine mandates led to dangerous employee shortages at hospitals, police departments, and now in the U.S. military.

None of this deliberately inflicted mass suffering was necessary, and that was all known early on. It wasn’t, as Oster claims, a matter of “deep uncertainty.” Among others, Dr. Scott Atlas very publicly presented strong evidence that mask mandates and shutdowns were poor policy choices throughout 2020. He was brutalized in the media and his own Ivy League university for pointing out this data. So were the eminent authors of the Great Barrington Declaration that made similar data-based arguments, Drs. Jay Bhattacharya, Sunetra Gupta, and Martin Kulldorff.

It had also been long-established that lockdowns should never be employed and that forcing people into isolation and medical treatments they don’t want are bright red, flashing human rights violations. Multiple Western governments and nongovernmental organizations including the World Health Organization and U.S. Centers for Disease Control and Prevention considered the idea of lockdowns and mass quarantines years before Covid emerged and rejected these policies for both practical and ethical reasons.

While campaigning for @CharlieCrist in Miami-Dade County, @JoeBiden claims that he went to college at a HBCU (Historically Black institution) Delaware State University.

He didn't… He went to the University of Delaware. pic.twitter.com/m8HYBIvCsr

Affirmative Action Is Going Down—And It’s A Good Thing, Too: Sorry, Harvard, but ‘visual diversity’—having a campus that looks like a Benetton ad—isn’t a compelling state interest

White House: seniors are getting the biggest SS increase in 10 years.

Context-checkers: That's because inflation is the highest it's been in decades.

The Press Has Officially Lost Its Grip On Reality

“…In the span of a few days, he called Kamala Harris a “great president,” got disoriented at an event on the White House lawn, claimed that his student loan giveaway was a law passed by Congress not his own executive order, misstated the name of Britain’s new prime minister, suffered another embarrassing teleprompter failure, appeared to nearly drift off into sleep during a TV interview, got confused about how to exit a stage he’d climbed up just moments before.

A neutral press would be demanding answers from the White House about Biden’s condition. They be talking to experts about the grave risks of having a president suffering from dementia in charge. They’d have their pollsters ask the public about its concerns with Biden’s mental health. (Something our Issues & Insights/TIPP has done).

Instead, reporters are feverishly sweeping Biden’s rapid deterioration under the rug. Indeed, if it weren’t for conservative news outlets, the public would have virtually no idea of how disturbing Biden’s decline has become.

They did the same thing with John Fetterman, the Democrat running for a senate seat in Pennsylvania. Reporters covering Fetterman haven’t been truth-seeking. They’ve been truth-denying about the debilitating effects of the stroke he suffered in May.

The border crisis is another example. A little over a week ago, the U.S. Customs and Border Patrol agency released its latest report on illegal border crossings, and the numbers are truly shocking. In the last fiscal year, they’ve encountered 2.7 million illegals, up from 1.9 million in 2021 and four times the number in President Trump’s last year in office. Try to find news coverage about that report from the “truth-seeking” press…”

Bibi’s Back: Netanyahu Positioned To Return As Israeli PM

Netanyahu: Obama ‘Mistreated And Disrespected’ Me And Israel