Remarkable. I watched portions of all four. The crowds were huge and vocal. The excitement was unmistakable.

I predict a big win for trump in Pennsylvania.

More on the race: https://t.co/gc54ZvCAxW

There are currently more Minnesota Trump supporters lined up outside the Biden event than cars in attendance for the campaign event in St. Paul. pic.twitter.com/8GuRzuavbf

Stevie Wonder Demands Reparations During Biden Rally in Detroit: ‘I Know Joe Biden Will Do It’

Disaster all the way around. Reject the Democrat politics of identity and grievance.

What a disaster. The Mid-East is as close as it has ever been to all out peace, thanks to Trump policies. A return to the old status quo would be a major mistake.

Do what I say, not what I do. Or, rules are for the little people.

CRANK UP THE VOLUME!! @realDonaldTrump pic.twitter.com/roQbuEWcPq

“…Elite commandos along with the governments of the U.S., Niger and Nigeria worked together to rescue the American, including the elite SEAL Team Six…”

They couldn’t because bad people wouldn’t let them.

NBC thinks you are stupid.

We live in the age of stupid, but it is not normal Americans who are the stupid ones. 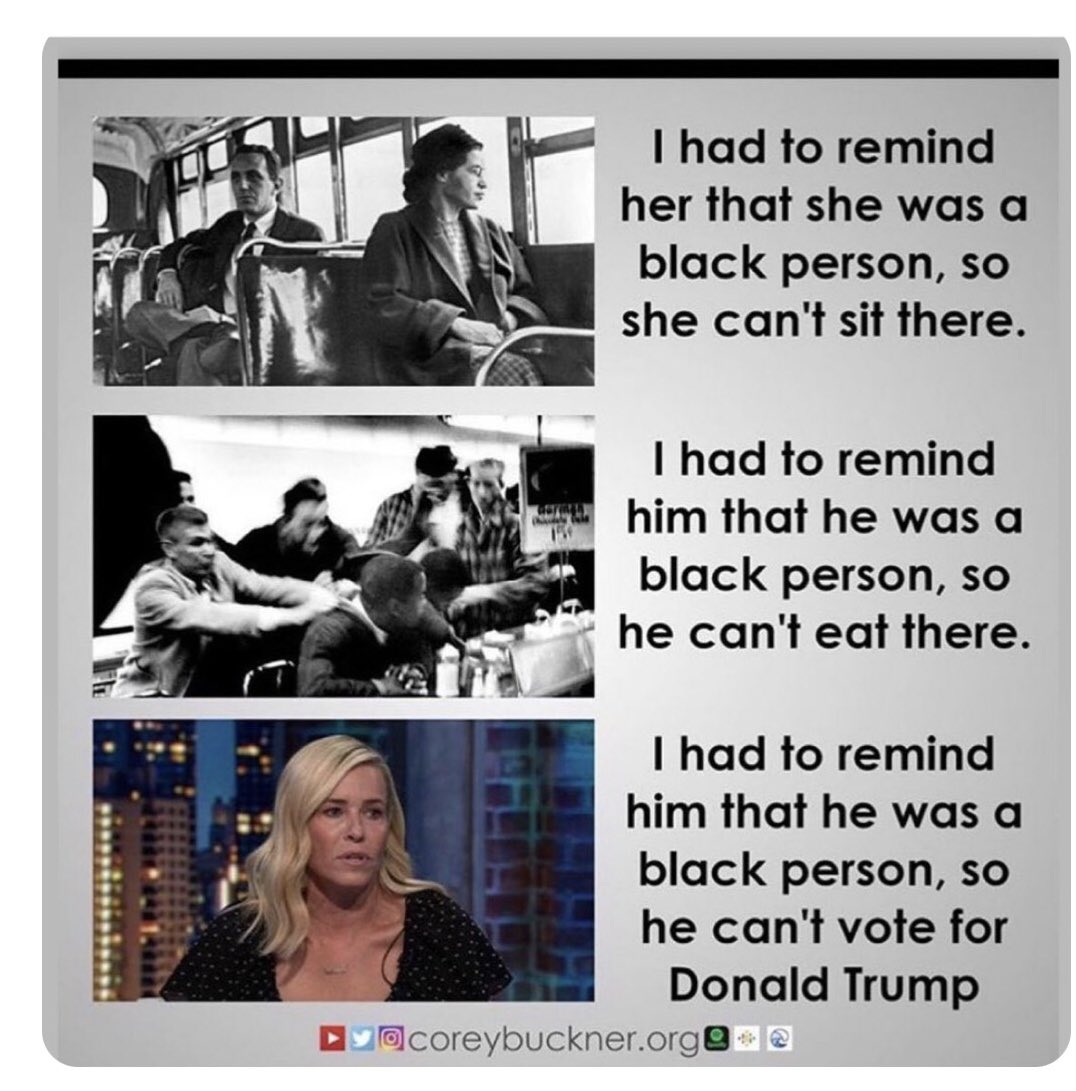 Is America Going To Let The Party Of Riots, Re-education Camps, Coups, Intolerance And Segregation Win The White House Tuesday?

“…Ulrich is a forerunner of our college-educated millennials: morally enfeebled, sexually frustrated, professionally stunted. He has acquired enough sophistication to see through the forms of politics and social life — ‘critical thinking’, as the imposters of our schools call it — but not enough conviction to act in a way that might improve his life by bringing him into authentic contact with ‘reality’, which he knows is somewhere out there but cannot touch.

Musil never finished his novel. But Hitler, who rode the failings of Weimar all the way to the top spot, eventually gave the Ulrichs a purpose. The American future won’t be Weimar, but late-Hapsburg: a dual monarchy, divided between itself and within itself by nationalism, decadent with corruption and lassitude, scapegoating Jews because it cannot accept its own mediocrity, and waiting for the historical intrusion that will free it from the slow spiral of decline…”

The Liberal Democrat Governor of Minnesota tried to shut us down by only allowing 250 inside President @realDonaldTrump’s peaceful protest, but Gov FAILED.

MINNESOTA showed up for President Trump OUTSIDE his rally‼️ pic.twitter.com/5PAMPuopqA