NOW – Psaki on Biden admin's handling of the infrastructure bill: "It’s like an episode of a TV show… maybe The West Wing, maybe VEEP"pic.twitter.com/x1MFH0tk9F

The wacky left has captured our education system and destroyed it.

What happened to separation of church and state?

Where are the loudmouth atheists?

On the positive side, maybe a few human sacrifices will solve global warming and Covid.

“…Economist Stephen Roach is warning that the U.S. may be on a collision course with 1970s-type inflation.

The former Morgan Stanley Asia chairman is worried that the impact of energy price spikes on China’s struggling supply chain will be the tipping point.

Crude oil topped $80 a barrel this week for the first time since 2018 before settling to the mid-$70s.

“We’ve had supply chain issues really now for the past year and a half. They’ve afflicted many commodities, inputs like semiconductors and now there’s energy and power related shortages in China,”

Father of Britney Spears suspended as conservator of her estate

Vaccinating people who have had covid-19: why doesn’t natural immunity count in the US?

“…When the vaccine rollout began in mid-December 2020, more than one quarter of Americans—91 million—had been infected with SARS-CoV-2, according to a US Centers for Disease Control and Prevention (CDC) estimate.1 As of this May, that proportion had risen to more than a third of the population, including 44% of adults aged 18-59 (table 1).

The substantial number of infections, coupled with the increasing scientific evidence that natural immunity was durable, led some medical observers to ask why natural immunity didn’t seem to be factored into decisions about prioritising vaccination.234

“The CDC could say [to people who had recovered], very well grounded in excellent data, that you should wait 8 months,” Monica Gandhi, an infectious disease specialist at University of California San Francisco, told Medpage Today in January. She suggested authorities ask people to “please wait your turn.”4

Others, such as Icahn School of Medicine virologist and researcher Florian Krammer, argued for one dose in those who had recovered. “This would also spare individuals from unnecessary pain when getting the second dose and it would free up additional vaccine doses,” he told the New York Times.5

“Many of us were saying let’s use [the vaccine] to save lives, not to vaccinate people already immune,” says Marty Makary, a professor of health policy and management at Johns Hopkins University.

Still, the CDC instructed everyone, regardless of previous infection, to get fully vaccinated as soon as they were eligible: natural immunity “varies from person to person” and “experts do not yet know how long someone is protected,” the agency stated on its website in January.6 By June, a Kaiser Family Foundation survey found that 57% of those previously infected got vaccinated.7

As more US employers, local governments, and educational institutions issue vaccine mandates that make no exception for those who have had covid-19,8 questions remain about the science and ethics of treating this group of people as equally vulnerable to the virus—or as equally threatening to those vulnerable to covid-19—and to what extent politics has played a role…”

The Government’s Case Against Many Jan. 6 Defendants is in Legal Jeopardy

“…The obstruction charge on which the government is relying so heavily may, in fact, be unconstitutional as applied to most of the Jan. 6 defendants…

…Over 650 people have been criminally charged in connection with the riot at the Capitol on Jan. 6.  The main charge against hundreds of these defendants is felony “obstruction” under 18 U.S.C. § 1512(c)(2).

“Whoever corruptly … obstructs, influences, or impedes any official proceeding, or attempts to do so, shall be fined under this title or imprisoned not more than 20 years, or both.”

Most of the other charges against the Jan. 6 defendants involve misdemeanors sounding in trespass, vandalism and disorderly conduct for which the maximum sentence is one year imprisonment, thus making the obstruction charge the most serious by far.

Yet the Biden Department of Justice, in its facts-and-law-be-damned fervor to nail those on the political right to the wall, once again seemed to have overplayed its hand.

The obstruction charge on which the government is relying so heavily may, in fact, be unconstitutional as applied to the Jan. 6 defendants.

To understand why this is so, one need only look to the case of Donovan Crowl.  Crowl, who according to papers filed by his attorney is a 50 year-old Marine veteran from Ohio with no prior criminal convictions, attended the Jan. 6 Stop the Steal Rally at The Ellipse in Washington D.C..

Thereafter, Crowl and others made their way to the Capitol.  According to the indictment against him, this group aligned in a “stack” formation and marched single file, each “keeping at least one hand on the shoulder of the other in front of them,” up the east side stairs of the Capitol.  At approximately 2:40 p.m., says Crowl’s lawyer, Crowl and the others in his “stack” passed through the Capitol doors that were already open and entered the Rotunda.

At 3:05 p.m. – just 20 minutes later – Crowl exited the building.  The others in Crowl’s “stack” had either left the Capitol contemporaneously with him or earlier.

Crowl did not destroy property, injure anyone or threaten to do so. He is not accused of possessing any weapons or of stealing documents or other items belonging to members of Congress.

Crowl and 16 others eventually were arrested and charged on a singular indictment.

Counts One and Two of the indictment charged all of the defendants with “corruptly obstruct[ing]” the certification of the Electoral Vote in violation of 18 U.S.C. § 1512(c)(2), and conspiring with others to do so (Crowl also was charged with two misdemeanors – trespass and aiding and abetting the destruction of government property.)

Notably, the Joint Session of Congress on Jan. 6 had been suspended at 2:29 p.m. that day – 11 minutes before Crowl and the others entered the Capitol – and it did not resume until 9:02 p.m. that evening.

Nevertheless, the indictment alleges that the defendants’ entrance into the Capitol and presence there for no more than 20 minutes after Congress had recessed obstructed the Congressional proceeding in violation of §1512(c)(2).

Crowl’s lawyer recently filed a motion to dismiss the obstruction charge.  In it, she argued that it was factually impossible for Crowl to have obstructed a Congressional proceeding that was already over at the time Crowl engaged in the conduct charged in the indictment.

But she also raised an important legal argument: that the obstruction statute relied on by the government is unconstitutional as applied to most of the Jan. 6 defendants because it did not put them on notice that a brief trespass into the Capitol while participating in a political rally could subject them to a 20-year prison sentence.

The Due Process Clause of the Fifth Amendment provides that “[n]o person shall . . . be deprived of life, liberty, or property, without due process of law.” The Supreme Court has made clear that this guarantee is violated when the government “tak[es] away someone’s life, liberty, or property under a criminal law so vague that it fails to give ordinary people fair notice of the conduct it punishes, or so standardless that it invites arbitrary enforcement.”

Without such guidelines, explained the high court, a criminal statute would permit “a standardless sweep” that would “allow policemen, prosecutors, and juries to pursue their personal predilections.”

How dangerous that would be in the hands of a vengeful DOJ.

But that’s exactly where we find ourselves.  The Biden Administration has used an ambiguously worded criminal statute to crush President Trump’s supporters – and along with them their families and their livelihoods…”

The ADP State Committee approved a resolution Saturday to hold a no confidence vote on Sinema if she fails to fall in line with their demands.

I think he is right on the merits and I congratulate him.

“…that’s not a free country. It’s not a free country at all. In fact, I wonder why we would still have the same diplomatic relations when they’re doing that. Is Australia freer than communist China right now? I don’t know. The fact that that’s even a question tells you something has gone dramatically off the rails with some of this stuff…”

“…Profligate government spending supposedly has nothing to do with it.

When July’s all-item Consumer Price Index (CPI) registered 5.4 percent year-over-year growth—a level of inflation which essentially takes away a year’s income growth for low-wage earners—it was all but assured that the White House would offer comment, if not action. President Joe Biden was quick to call attention to accelerating meat prices and, looking for someone to blame, called out the country’s three largest meatpackers for “profiteering.”

Shortly after that, with August’s CPI showing “just” 5.3 percent annualized growth, the president focused his ire on gasoline prices and again suggested that all was not well. Again, profiteering was the scapegoat: “There’s lots of evidence that gas prices should be going down—but they haven’t. We’re taking a close look at that.” Maybe he should look inside the halls of the West Wing…”

I Will Not Comply With Any Mandates… pic.twitter.com/tSzZcW6809

The Pfizer COVID vaccine protects against severe disease and death for at least 6 months, while protection against asymptomatic and symptomatic infections wanes rapidly. pic.twitter.com/S4G55JUuDK

Vermont, with the highest vaccination rate in the country — 88% of adults at least partially vaccinated & 79% fully vaccinated — is about to set a new high in COVID cases, just 3.5 months after Fauci said with 50% of adults vaccinated we wouldn’t see significant surges.

Bermuda has 67% of their entire population fully vaccinated, only 2 percent behind Vermont

Are we done pretending high vax rates will “end the pandemic” yet? pic.twitter.com/s6AZpB3yJl

Gen. Mark Milley is asked by Congressman @Jim_Banks if he referred to Epoch Times, a paper founded by Chinese critics of the Chinese Communist Party, & Newsmax “domestic terrorist” organizations. The general said he doesn’t recall. pic.twitter.com/wqCqrn8MsL

Youtube bans all anti-Vaccine videos… Anything that questions ‘science’ 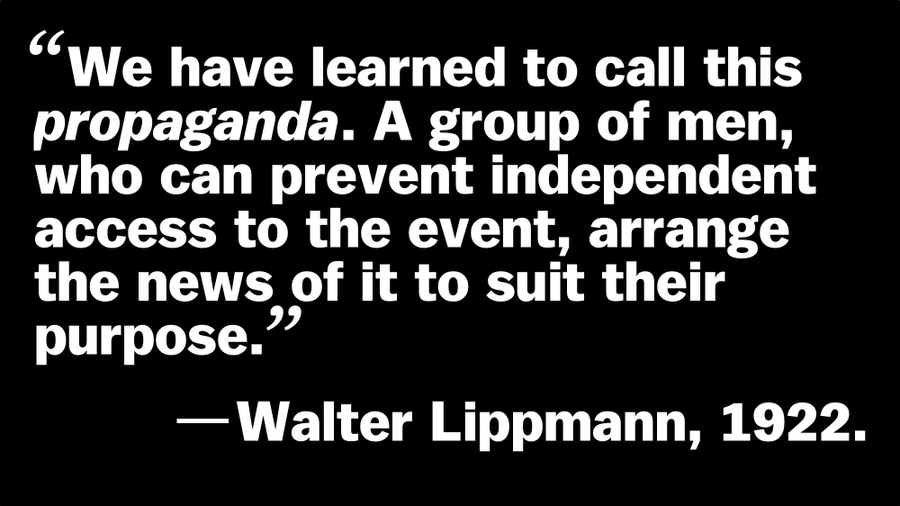 “…SYDNEY (Reuters) – Sydney residents who are not vaccinated risk being barred from social activities even when they are freed from stay-at-home orders in December, state Premier Gladys Berejiklian warned on Tuesday…”